August 03, 2016
My friend Mike Ritcey received a phone call from the animal hospital at the Kamloops Wildlife Park asking if he could go out and have a look for a loon at Lac le Jeune. It had been reported to them that the loon had become entangled in fishing line and was not doing that well. Mike needed someone with a boat so he called me and off we went. We quickly located the loon on the shore and she (best guess) was quite entangled, obviously not able to fish or eat. We netted her and into a dog crate for the trip to the animal hospital. At this point Mike, who is a SAR dog handler,was called for a search and was off to the airport with his dog.
I took the loon to the hospital where the fishing line was removed and a tube feeding was administered. A blood test revealed the loon to be somewhat anemic from not eating but a determination was made that she would do better back at the lake than in the hospital. Back I went to the lake where my loon and I went for a short boat ride to find a quiet place for the release. I got her out of the crate and she sat quietly for a while. I didn't want to leave her on the shore where she was vulnerable to predators so to ensure she was able to get into the water and swim I coaxed her into the water. She seemed to do much better once back in the water and began to preen and also scan under the water for food. I stayed with her for a short while and was very happy to see both her mate and chick join her. 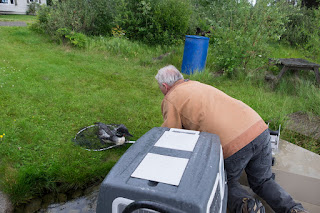 Treatment at the Animal Hospital 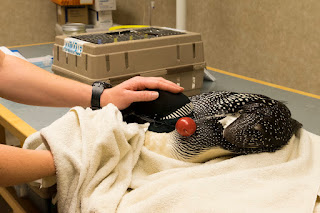 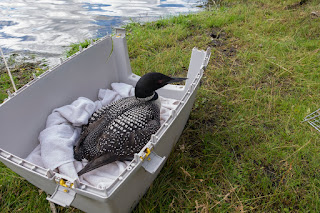 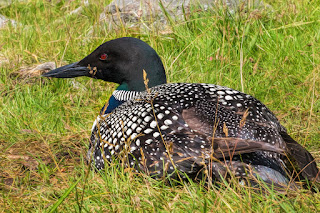 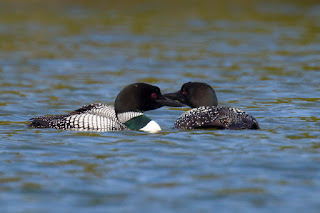 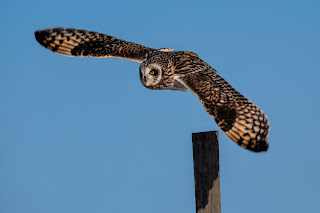 Spring is coming I am looking at snow falling outside my window and thinking about spring and the amazing number of birds that will soon start returning to our area to nest and breed. Crazy About Loons Photo Tours is excited to commence our 9th season. I have been somewhat negligent in my marketing, the reality being that referrals and returning customers keep me as busy as I want to be. I am always happy to introduce new people to our amazing area though so please visit  our website www.crazyaboutloons.com or email me via the contact page on the website if you would like more information. A few pictures of the Short Eared Owls that have been visiting us this winter. 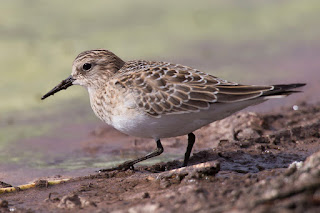 I have been ignoring the bird side of my photography a little bit as life has been busy. And this time of year we are getting busy on the ranches and starting to do more riding ( see cowboy photos.ca ) . Still lots of birds around and we are now seeing some of the migrations of shorebirds, pelicans, cranes and others. Here are a few shots of Semipalmated Sandpiper and Pectoral Sandpipers that are passing through our area. 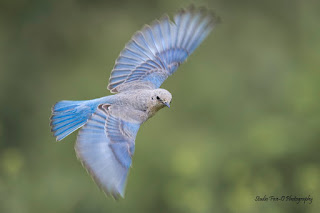 We are still booking trips but the majority of the tours are done. Fully booked again this June which was awesome and I am already filling the calendar for next year. The loons were cooperative this year but I was able to get a number of the guests out to some of other  areas to experience the beauty of the area and the variety of other species available to us. Had a lot of repeat customers and made a number of new friends! Thanks to all who came and spent some time with us.I don't shoot when I guide so just to add some colour one of our many bluebirds taken close to my home.